Utterly determined to conquer unknown trials, LSI employees embark on three distinct ventures at three separate locations. Nonetheless, they accomplished those activities with ONE common goal: to develop and strengthen their bonds.

The Big 10 Plays Sherlock for a Day at Mystery Manila

Giving a whole new meaning to Team Building, the members of the WHT, DEV, and Traffic teams spent a fun-filled day delving over creepy mysteries and swapping crazy stories over lunch. Dubbing themselves as the Big 10 on that day, the previously-split teams worked thru challenges, shared their joys, and emerged as one.

Going with the saying “the more the merrier,” three separate teams (WHT, DEV, and Traffic) embarked on a joint team building activity to Mystery Manila, on Aug 8, 2015. While they started the activity as three, they eventually emerged as ONE team.

Weeks before they entered the Mystery Manila rooms, the bonding activities have already begun, as three different LSI teams were hard pressed on agreeing to a single activity, and where to have lunch. Tell us that getting 10 people to agree on one thing that quickly is easy, and our admiration is yours! Nevertheless, they made and finalized their plans on the day before the activity, wherein they split into two competing groups – everyone drew lots to determine which team they would belong to, and all agreed to some Italian luncheon.

The days flew past and Saturday came quickly. Shortly after 12 o’clock in the afternoon, the first group went inside Rebecca’s Room to play at being spirit questors and discern whatever plight befell the mysterious Rebecca. Meanwhile, the second group had to wait until 12:30 to start looking for a way to retrieve the Golden Ray-Ban, which would ensure their membership to the Order of the Oculus. When Team Rebecca finished the game, they bided their time and enjoyed playing Jenga, while waiting for the second group to come out of the locked room. When Team Oculus finally made it out, they gleefully took some victory group shots at Mystery Manila’s lobby. Famished as they were after burning plenty of neurons on the mysteries, they trudged hurriedly to SM Jazz Mall, where an exclusive table in Fratini’s Restaurant was reserved for the Big 10.

After having their pizza and pasta orders taken, everyone started trading stories about their Mystery Manila experience. No one would have thought there were two separate teams, with the way stories flowed one way to another — about the similarities and differences of the two enigmatic rooms, hilarious blooper moments, and how they miraculously connected one clue to the next. Even after the food was served, their intimate chatter continued as they veered off to other topics, bringing the ten individuals in that long table closer to one another.

The whole day spent with one another had been entirely memorable for everyone, and all those in attendance were grateful to LeadYa’s perks to its employees. As one of the Big 10 fondly said, “What LeadYa gave us was not merely a budget; in reality, what we’ve been given is an indispensable opportunity to enrich our camaraderie and teamwork.” 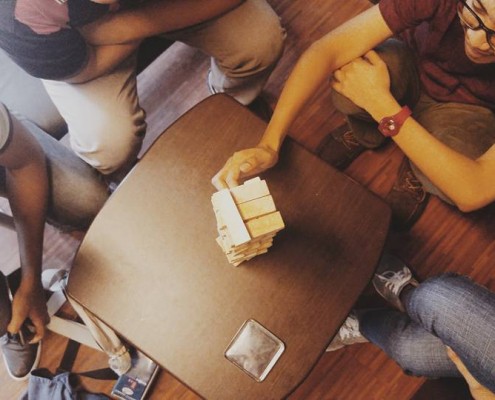 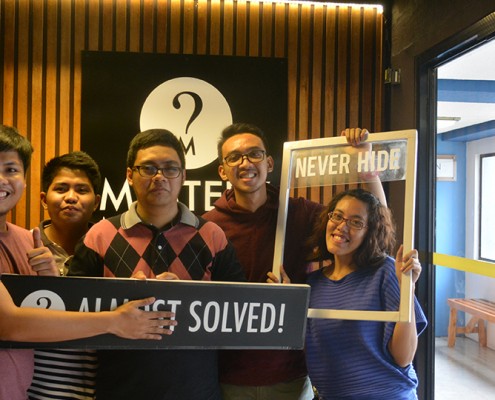 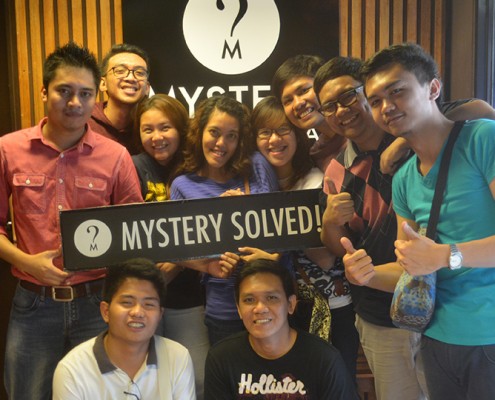 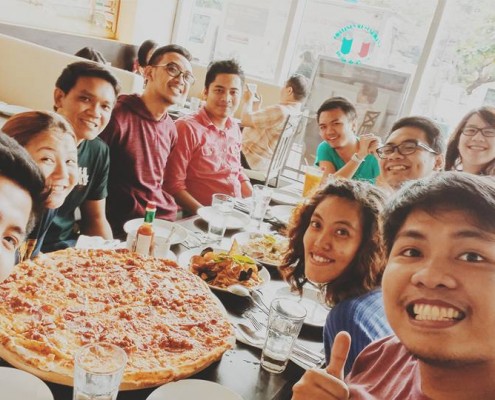 LeadYa’s CoinPoint Team Deployed to the Battlefield for an Intense yet Fun Saturday Team Activity!

When speaking of ‘Team Building,’ perhaps the first things that will come to mind are a faraway sanctuary surrounded by nature and reflective activities. However, here at LeadYa, team buildings are brought to the next level!

CoinPoint, one of LeadYa’s steadfast and progressing departments, held their first-ever team building and recreational event that took place on August 8, 2015 at Global Gutz Paintball arena in Fort Bonifacio, Taguig.

Being a team consisting of enthusiastic and zealous individuals, it was perfect for CoinPoint to pick a military camp as a venue for their first team outing. As such, the department strides away from the traditional team building setup and took a rather rough approach to strengthen their camaraderie among each other.

Upon entering the venue, CoinPoint was welcomed with aggressive gunshots and cheers that came from other paintball players. This scenario maybe nerve-racking for some but the team faced it with much enthusiasm. As a matter of fact, the setup and noise even amplified their excitement to get their feet into the battlefield—after all, this is a fresh experience for all of CoinPoint.

CoinPoint members waited patiently for their turn while they joke around with each other, discussing strategies and filling the wait time with laughter. It was indeed a good day for them.

Finally, the time has come for the team to get prepped for the battle of their lives! CoinPoint was divided into two groups, each consisting of three members. Protective gears secured, guns all loaded with 110 bullets each, game faces on – it is now time to wage war!

The groups tactically walked toward their respective bases. Although anxiety was inevitable since it was everybody’s first time and pain is certain to happen, they shrugged it off with delight. This is certainly a one-of-a-kind experience that is worth sharing.

Three… two… one… ROUND START! As the facilitators commenced the round, everyone let out their battle cries and started rattling their paintball guns. Colorful shots are fired everywhere, making the battlefield as intense as it could be. Each member strategically positioned themselves behind trees and wood planks to effectively shoot opposing players.

As the battle gets fiercer by the minute, participants are gradually eliminated either by getting hit or running out of ammunition. The battlefield is now left with two warriors, risking every bullet they have to secure victory.

After minutes of exchanged shots, the battlefield was silenced. Instead of clamoring for whoever won the round, CoinPoint cheered and exchanged high-fives, smiles, and more laughter.

After refreshing themselves, the team headed back to the city to fill their hungry stomachs with scrumptious dinner. On the way back, they brought with them the joyful and funny experiences they had. Considering the aftermath of such an intense activity, it is delightful to see the team more bonded than ever before. 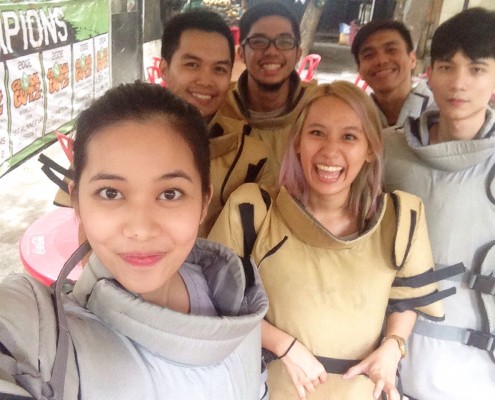 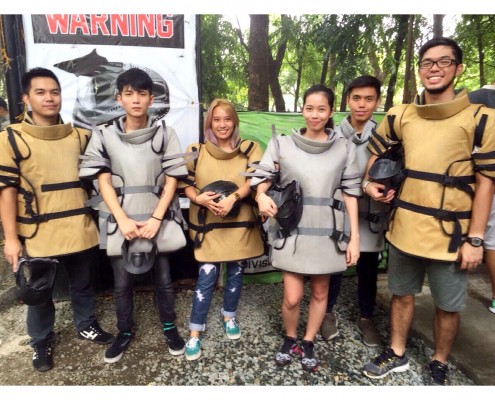 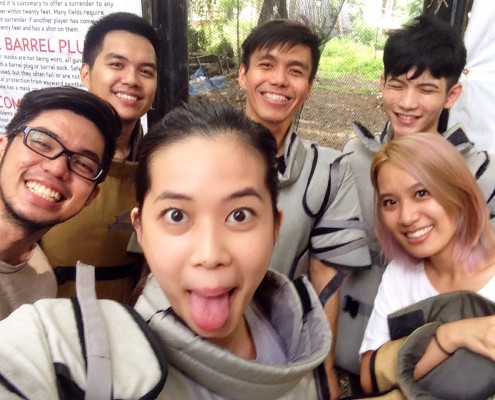 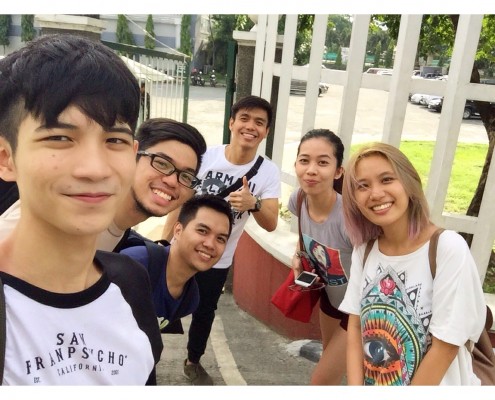 It has been a long discussion (considering the almost 6-month long preparation) and an always failed attempt to come up with a team outing. But, at the end, the team made it way to meet at same core and that is to experience a memorable hike. Azooki Team held their first team building at Mt. Batolusong in Tanay, Rizal last August 8.

It is still pitch dark but the bags are packed and the team is ready to go. Azooki Team had their first team building at Mt. Batolusong. Everyone was excited to take the first team hike challenge. A quite unpopular mountain by most, but it gives a test of endurance. The team didn’t experience any difficulty reaching the starting point of the hike. As they arrive to the jump off point, the rain started to pour. Gladly, it stopped after few minutes.  They started to trek the 700-metre mountain at 8AM. Several quaint sceneries were seen. Sweat, muscle cramped and a lot of breath to catch up were common issue during the hike.

As the team reached the summit, a nice picturesque of greenery was witnessed. A cold, windy-mist and on-and-off rain are what Azooki Team experienced as they stayed in the Duhatan Ridge for an hour and a half. Everything in its green horizon was such a lovely and a priceless moment. The team took another hike to reach Mapatag Peak. This place also gave a breathtaking view of Sierra Madre mountain ranges. Afterwards, the team head down. Rain started to pour again and luckily, they hitched with other mountaineers on our way to RG’s house (because all jeepneys were full). The team had a great dinner at RG’s place.

Though way up the mountain is hard, it didn’t get any strenuous because the team helped one another to reach the top. Time may come that we need to stop at certain points but it also gives the team a chance talk and bond to one another and share stories about personal life. This made the team more bonded and comfortable. Through this kind of event, Azooki Team is stronger to conquer what work offers and helping one another is team’s core value to attain, just like how they reached Mt. Batolusong’s peak. 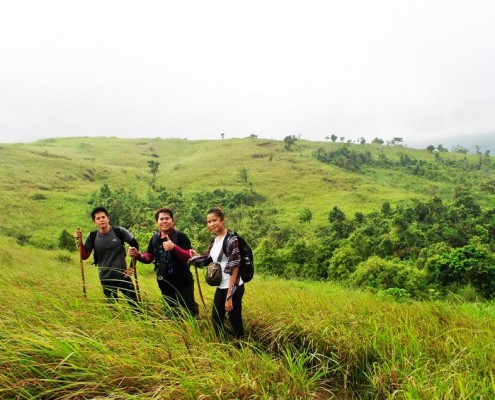 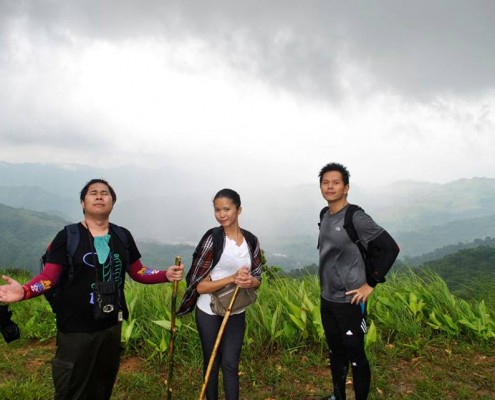 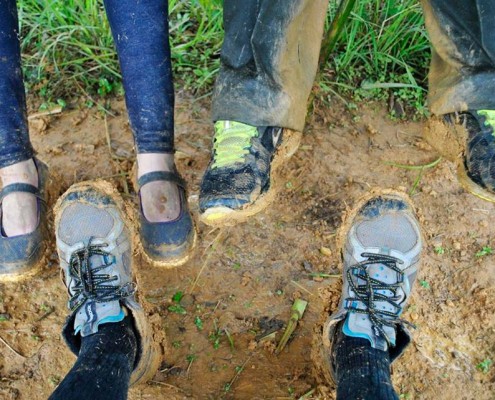 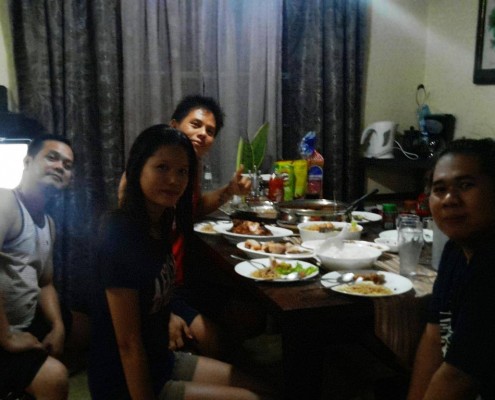