It’s not every day you witness your bosses hotfooting to their heart’s content, singing at the top of their lungs, and rolling on a bed of sand and dirt.

The sun was barely up, but the LeadYa family was out and about with an hour’s worth of bus ride to Batangas Port. We watched the dusky Makati skylines turn into lush greens, golden fields, and azure waves, and soon found ourselves basking in the warm rays of Puerto Galera sunrise.

This short but sweet break from the daily grind was what everyone needed topped with an overnight stay at Utopia Resort & Spa, the Oron Barber who flew to Manila all the way from Bulgaria, and two-day’s worth of smiles, teamwork, and bananas shared with everyone.

The First Half: The Amazing Race

To set the ball rolling, we parted into two clashing squads–Team Yellow led by Oron and Team Orange led by Eilon. The amazing race started with each team having one goal in mind–be the first to clear all the challenges, collect the clues, and finish the fastest.

We first plunged into tubs of freezing ice, and then tried not to drop any marbles as we passed them to other members using a spoon in our mouth. The next game proved to be more challenging as it sent our bodies flying, crawling, and gliding on a soapy slide to dunk our heads into buckets of water and get the floating banana.

More games tested our teamwork, strategies, and endurance right after, but we didn’t let our sore muscles stop us from completing every task. We soon found ourselves racing down the beach to collect ribbons and precious gems, as well as to look for a penguin? (Shout out to Oron and Ed who swam all the way to the wrong “penguin!”)

The way back up to the resort was not at all easy, but we braved the steep climb and continued on, all eager to end the day as victors. Team Yellow may have deciphered the secret message “Team Work, Team Effort” first, but everyone was the true winner!

Setting aside our color-coded bandanas for a while, the LeadYa family became one in rocking the night away for the after-party with drinks and a live band. A photo booth was quick to capture the moment and genuine smiles on our faces. Some of us even jammed with the band that set the fun summer night even wilder.

LeadYa had honed great talents over the years, and these talents were definitely showcased in the most entertaining way—a dance battle! Opening the show were LeadYa’s lads. Kevin, Ivan, and Michael, also known as K.I.M., stole the night as they grooved to Bruno Mar’s Finesse and Ofenbach vs Nick Waterhouses’s Katchi. The ladies then treated everyone to a mash up of the latest dance craze and even did their own cover of Momoland’s Bboom Bboom.

The party never stopped as we stayed by the pool to share stories, stare at the stars, and grab a few more drinks. We bonded that night.

Right after the sumptuous breakfast, we were all down for a few more games by the beach. For Team Orange, it was pretty much a chance to get their hands on the prize. And true enough, after Groundhog, Tornado Run, Fill the Bucket Backward, and Bridge the Path, Team Orange snatched the cash prize and trophy!

With all the games finally done, we wasted no time enjoying the beach and taking more snaps with the scenic view. Team Orange did get the bragging rights (plus more) of winning overall, but Team LeadYa was the real winner with stronger bonds, warmer memories, and brighter smiles. 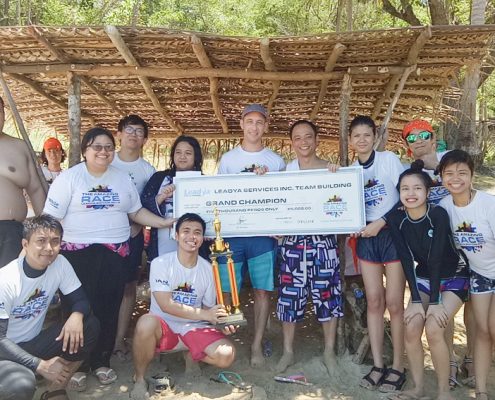 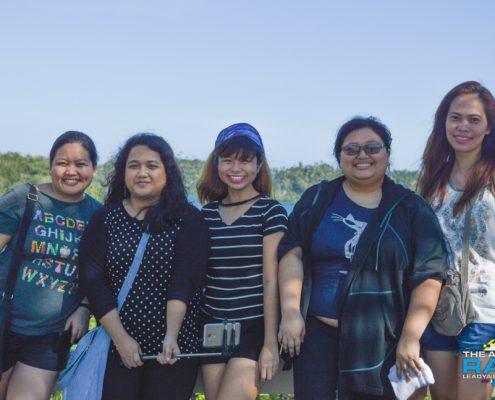 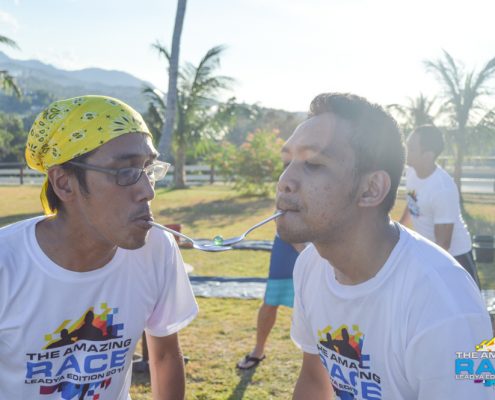 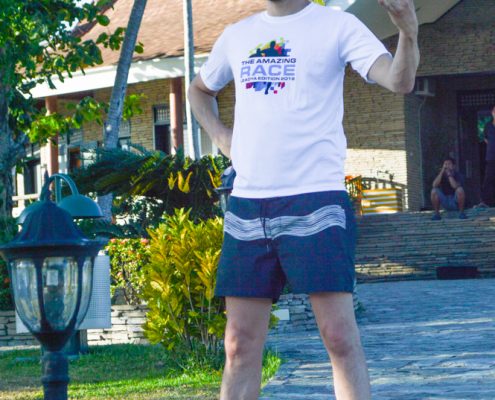 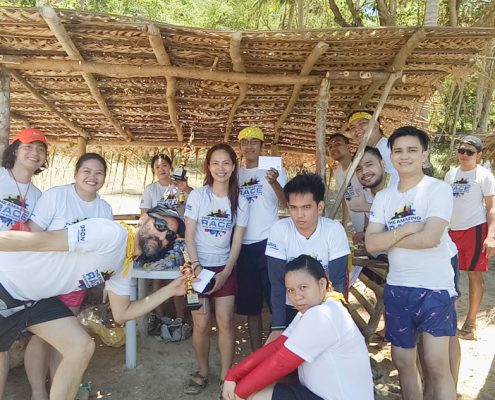 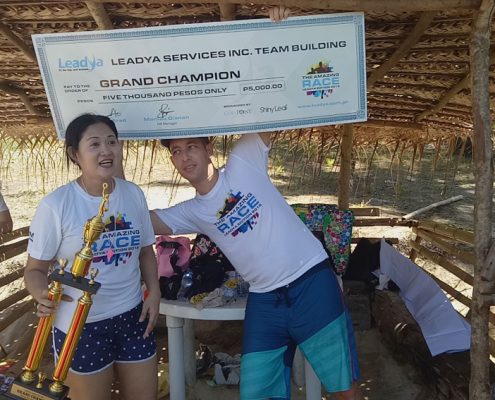 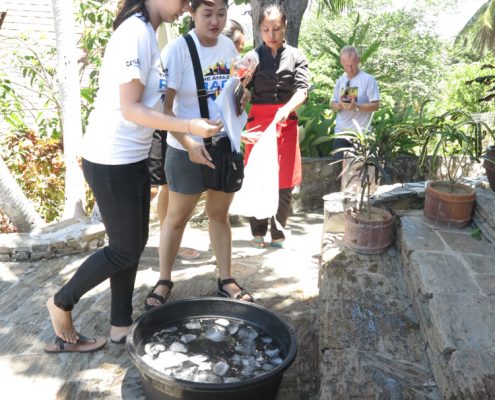 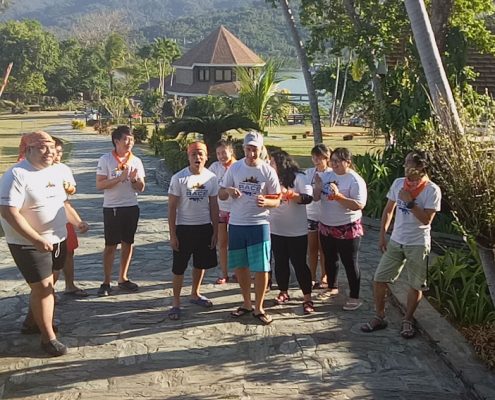 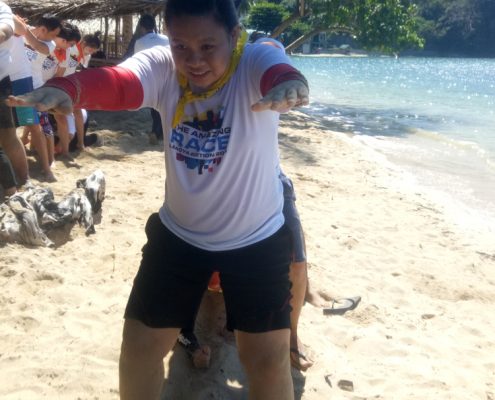 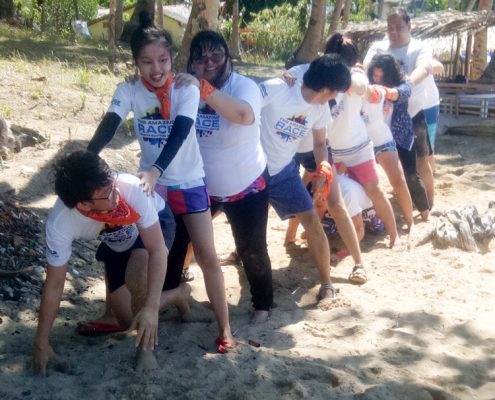 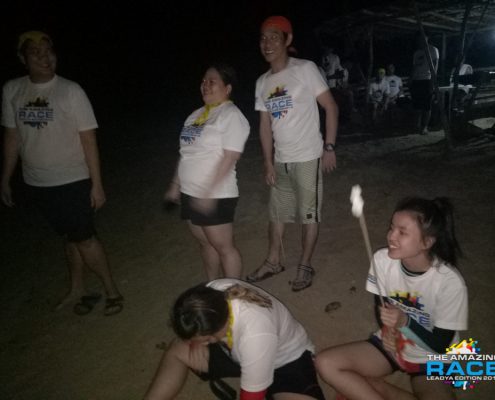