It was all fun and games at the Leadya Company Christmas Party in Bakasyunan Resort, Tanay, Rizal last December 9 and 10.

The day started even before the sun rose, as we set forth on a jeep to the province. When we reached the outskirts of Manila and entered the province or Rizal, our excitement peaked as we saw the sun rising above the mountainside. The cool fresh air entered our senses, and we knew our adventure had officially begun.

We made our way to the city proper of Tanay, Rizal, and stopped over at McDonald’s. That was our first meeting point before heading to Bakasyunan, as we had an outreach activity for the children of Tanay. But it was too early and so we decided to see the windmills of Rizal.

The 15-minute ride brought us to a flat area with giant windmills. Far from Don Quixote’s windmills, but still sights to admire. We caught our breath for a moment, to taste the mountain air on our lips, and made our way back to McDonald’s to regroup with everyone else who arrived a little later.

It didn’t take long until we started entertaining children, many of them curious as to who we are and why there were tall white people taking pictures and laughing out loud. By then, the games had started and both the Leadya Team and the children took part in party games—with Oron and Eilon having so much fun with balloon-bursting and hep-hep-horray-ing.

The after all the games, we proceeded to give children their breakfasts (1-pc. Chicken McDo with fries and a sundae) and handed out giveaways and balloons. After saying our goodbyes, we continued our trip to Bakasyunan.

A couple more hours of driving and we finally arrived at the gates of the resort.

It wasn’t long before we saw three pools overlooking the Laguna de Bay. We took a moment to just marvel at it, before we continued to take obligatory selfies and groufies.

We took time to rest up, swim a bit, and bond with each other before the most awaited part of the company outing: the team building session! It comprised of several exercises and obstacle courses that test our strength and see how much we’re all willing to help each other out. It was also a good time to goof off and tease everyone else.

The company was divided into two: Team Eilon and Team Oron. Whoever won gets a special prize at the end of the day! After several games and a big series of taunts and cheers, Team Oron won!

The day wound down and the sun began to set, we all prepared for the Christmas party proper: a contest to see who’s got the talent to win our bosses’ hearts.

The company was divided into four teams, and each had a few minutes to showcase their creativity and teamwork through song and dance. In between these presentation, we took part in a raffle, and many of us won cash prizes and future pasalubongs from our bosses in February.

After much deliberation, Oron and Eilon pronounced Team Darwin the winner of the Christmas party contest. We then proceeded to the exchange gift activity, where almost everyone had a Cris Cringle. It was Aerol and Myta who had a mini-contest to see who got the remaining gifts left as they both didn’t have a Cris Cringle. 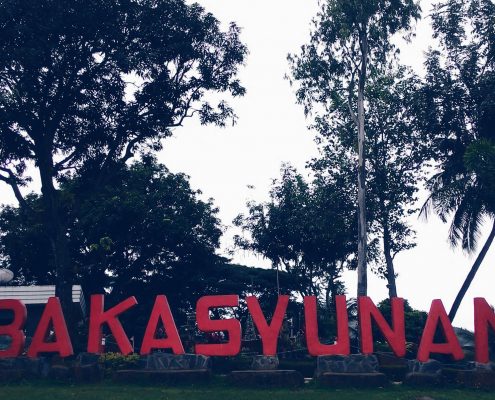 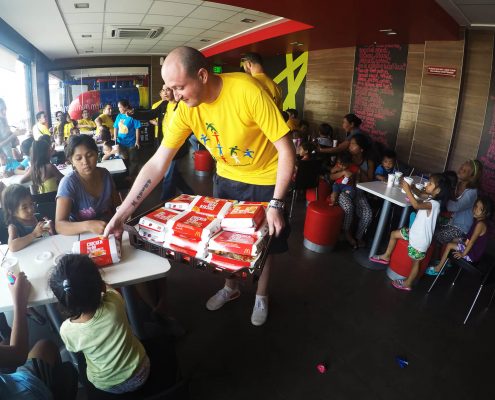 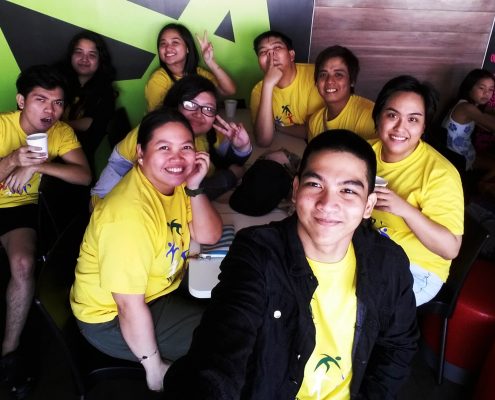 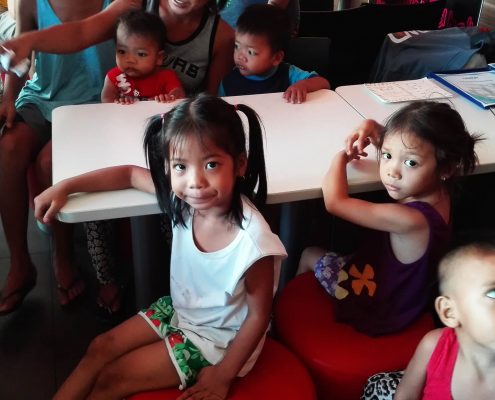 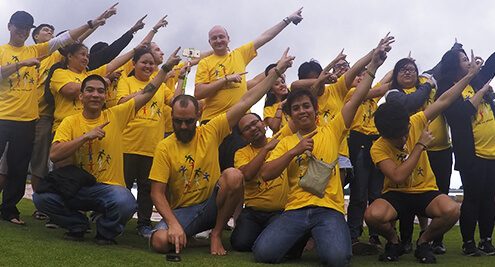 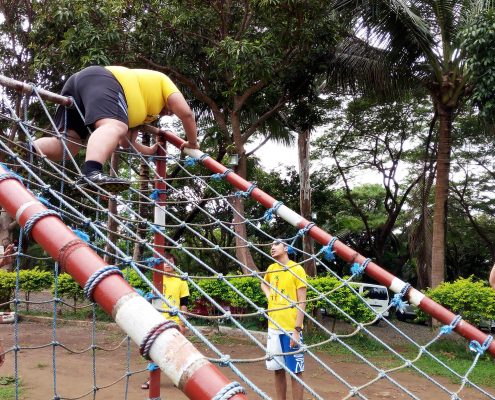 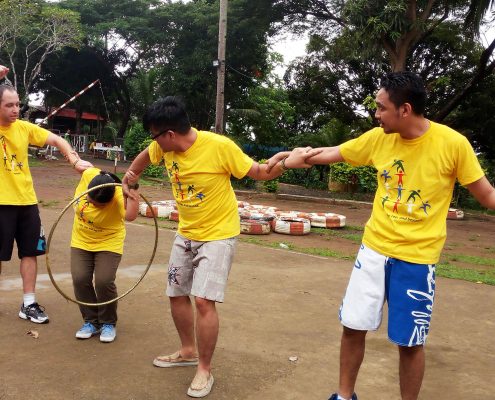 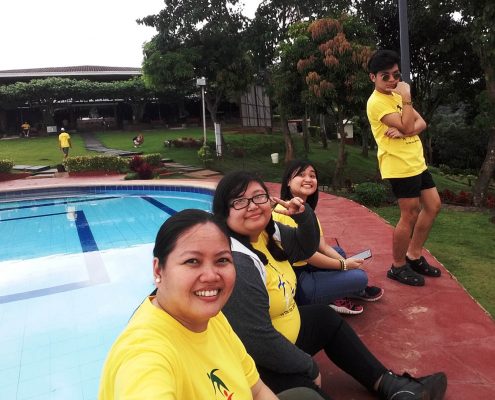 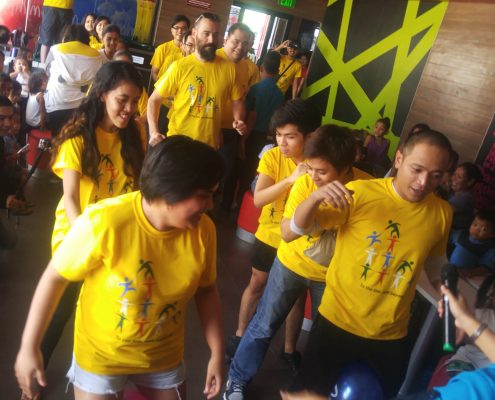 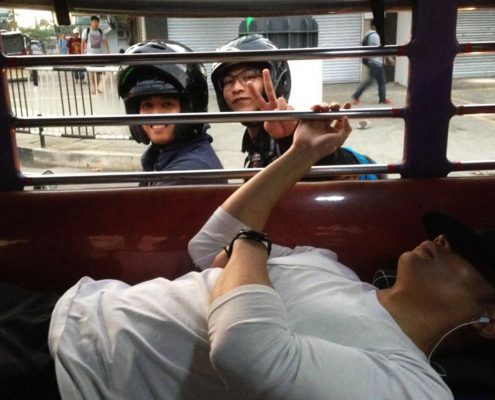 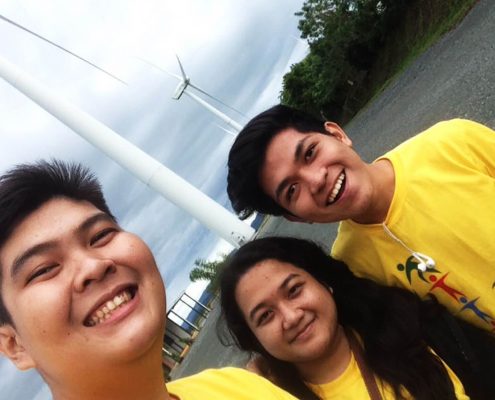 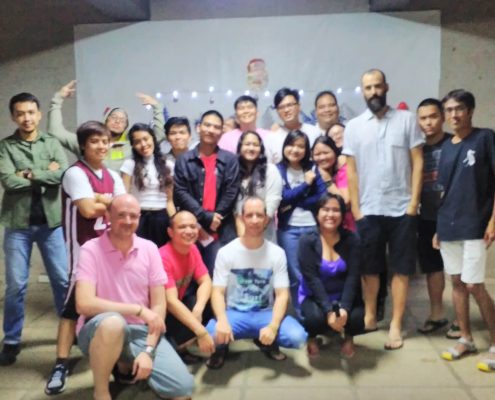 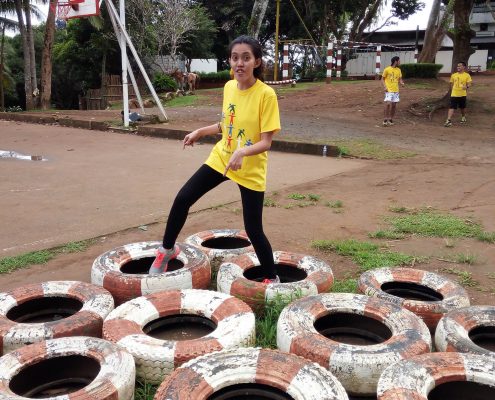 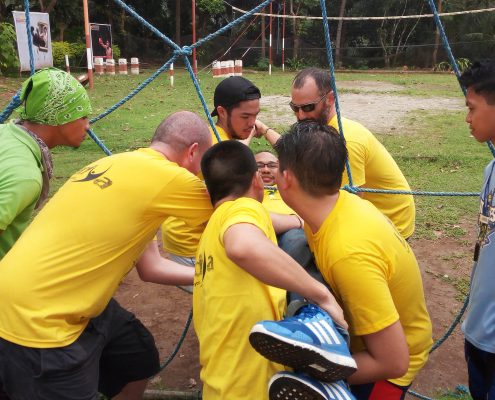 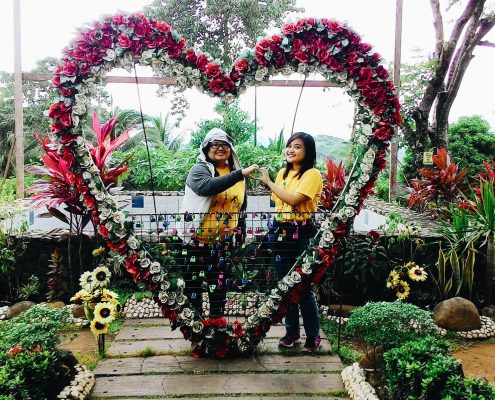 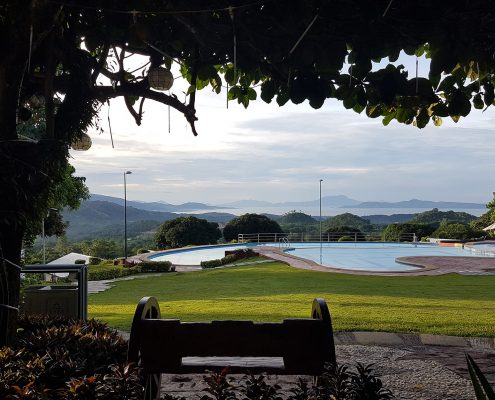