The management’s announcement came unexpectedly. Again, they’re always the mastermind behind another event that would test a set of skills that may seem foreign to some. After heated battles on the table tennis court, this time, it was pool tables that lie in wait for the associates.

The World Pool Championship came in early this year as LeadYa stormed Superbowl Makati Cinema Square for a night of fun. However, rather than bowling lanes, it was the other side of the venue they headed for.

As soon as the clock hit 6:00, light shed across six pool tables reserved for the entire office. Everyone grabbed their cues and proceeded to their respective tables. Each table housed four players, followed an elimination format, while the best player from each table would proceed to the quarter-final round.

The elimination round proved to be one of the toughest challenges for some, while others cleared the racks with ease. This was a chance for the experienced players to display and impart their skills at the same time.

It was a busy night for the players as they gunned for the undisclosed prize. That and a combination of everybody’s competitive spirits created an atmosphere like no other.

Of course, food—more specifically pizza—will always be a part of LeadYa’s escapades. The sound of billiard balls and cue sticks gradually reduced as soon as the pizza, fries, and drinks were served. A few minutes after devouring four boxes of pizza and two huge plates of fries, everyone flipped their switches back on. After ticking off empty stomachs on the list, the games resumed with utmost thrill.

Rack after rack, it seemed like no one wanted to leave the venue empty-handed, but there was only room for six participants in the quarter-final round.

Eventually, it was Oron, Eilon, Ed, Cid, Sam, and Kuti, who made their way to the quarter-finals. While the six hotshots put on their game faces, the others enjoyed non-competitive games with their colleagues.

The finals match witnessed Oron and Kuti’s heated battle. It was Oron’s finesse shots against Kuti’s precision that provided the game with much excitement. Ultimately, it was Oron’s smooth shots that led him to his second Superbowl victory.

At the end of the day, billiards may not be the cup of tea for some colleagues, but the smile on their faces after the event suggests heaps of delight. The evening was not only concluded with a champion, but also stronger camaraderie between everyone. 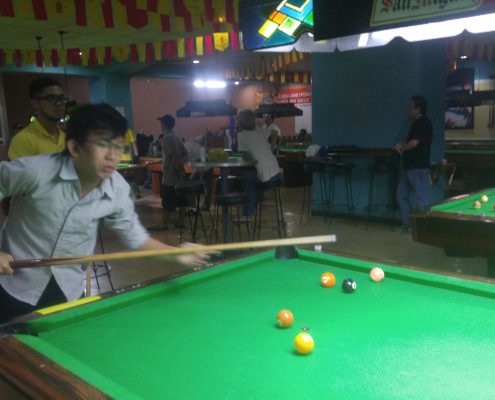 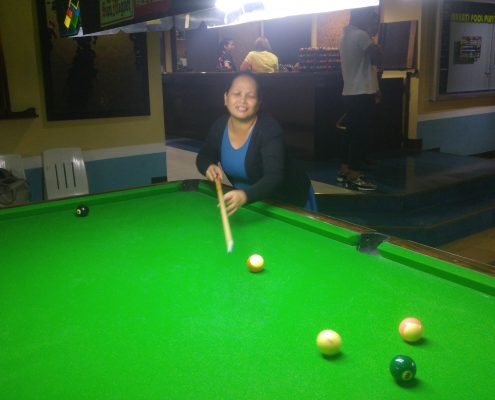 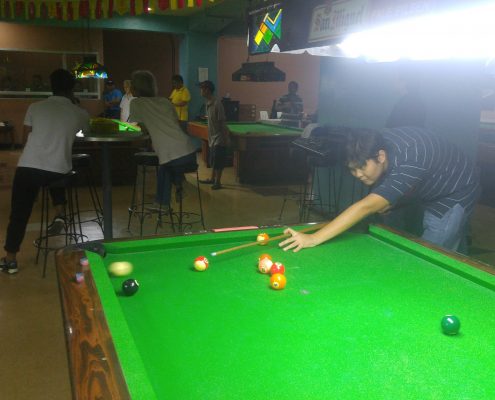 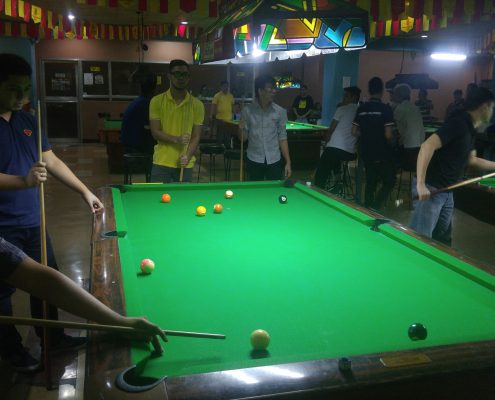 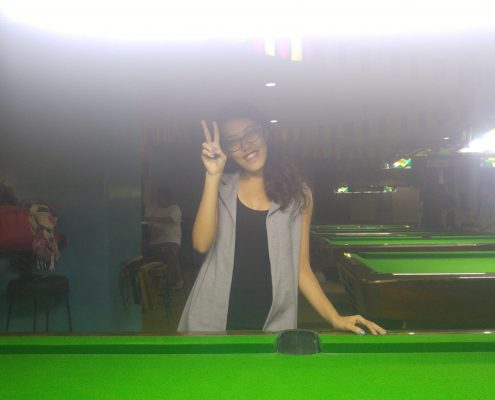 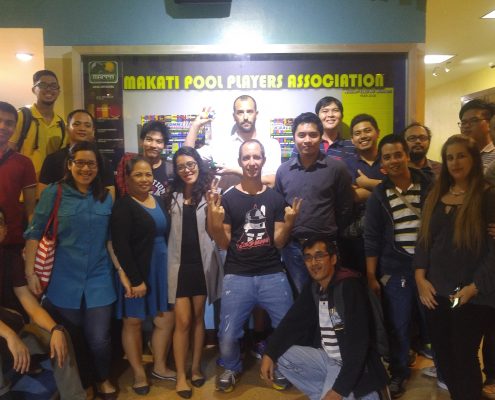 LeadYa Celebrates October with Birthdays and a Powwow
Scroll to top